"Understanding what you need and how to accomplish it."

Dichter Law Believes that an effective attorney-client relationship is an interactive process where we work together to achieve your goals. In this era of rapidly emerging technology, a flexible approach to shifting environments is paramount. With over thirty years experience, Joel Dichter has the knowledge you company can confidently rely upon for transactional and litigation matters.

The New Media and Marketing Practice works with start-ups and public companies alike to address their needs. Dichter Law LLC advises its clients on internet law, trademark and copyright, domain name disputes, sweepstakes, and marketing laws as well as defends their interest before the Federal Trade Commission (FTC), Deferral Communication Commission (FCC), state attorneys general and agencies, and in cereal and state courts through the United States.

The Energy and Natural Resources practice appears before agencies and courts on behalf of commercial and municipal users of electricity, natural gas, water and other utility services. Dichter Law LLC represents a number of municipalities and corporations in their efforts to secure an adequate supply of water or energy at a reasonable price. 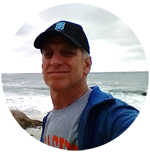 For over 30 years, Mr. Dichter's practice has focused on developing issues in the areas of communications, energy, and promotional marketing.

Mr. Dichter's career commenced with an assignment by the Office or the Governor of the State of Georgia to represent its citizens' interests in public utility rate proceedings and in the anti-trust litigation governing the break-up of AT&T. The break-up of AT&T combined with new federal and state legislation fostering competition opened the doors to creation of entirely new fields of business. The movement toward deregulation spread to the electric and natural gas industries.

Mr. Dichter then moved to private practice to be at the forefront in assisting start-up companies to take advantage of these new opportunities, including competitive telecommunications services, mobile communications, nature gas transportation, water supply and electric generation.

He has served as general counsel or regulatory counsel to no less than a dozen trade associations. On behalf of these groups, Mr. Dichter has served as their voice in shaping regulation in their respective industries. He has filed comments and appeared before state and federal courts, the Federal Trade Commission, the Federal Communications Commission, the Federal Energy Regulatory Commission, International Telecommunications Union and state regulatory agencies. Mr. Dichter has participated in a number of workshops and proceeding contended by agencies to develop telecom policies, energy reform, and trade practice rules for these burgeoning industries.

He is a frequent lecturer at trade shows in the United States and Europe as well as a speaker at conferences, including a Law Journal Conference on the Internet, a BMI conference on licensing music and World Telemedia conferences in Amsterdam. Mr. Dichter is a member of the Federal Communications Bar Association, New York State Bar Association's and admitted to practice before the United States Supreme Court. A graduate of Emory University School of Law, Mr. Dichter has developed an international practice and regularly appears before courts and agencies throughout the United States.

For any general inquiries, please fill in the following contact form: